“How should the world mourn a tyrant?” seems like a pretty straightforward question to answer: It shouldn’t. That seems lost, however, on some.

It was announced late yesterday that Fidel Castro, long-time authoritarian strongman and hero to unintentionally ironic liberals and progressives, has died. While the diplomatic self-restraint of some world leaders is perhaps understandable, other public figures seem to have a hard time stating the obvious.

Funny, because some have had no trouble using words like “autocrat,” “authoritarian,” and “tyrant,” lately.

Let’s not beat around the bush or let the present shade the past. Castro was a brutal autocrat who swept into power like most autocrats do, and then held onto power the way most autocrats do: brute force, fear, violence, and propaganda. The man ordered or oversaw the murder of thousands, after having seized power in the name of liberation. As the Wall Street Journal recounted over ten years ago,

[Cuba Archive] Project Vice President Armando Lago, a Harvard-trained economist, has spent years studying the cost of the revolution and he estimates that almost 78,000 innocents may have died trying to flee the dictatorship. Another 5,300 are known to have lost their lives fighting communism in the Escambray Mountains (mostly peasant farmers and their children) and at the Bay of Pigs. An estimated 14,000 Cubans were killed in Fidel’s revolutionary adventures abroad . . . . Cuba Archive finds that some 5,600 Cubans have died in front of firing squads and another 1,200 in “extrajudicial assassinations.” Che Guevara was a gleeful executioner . . . . Children have not been spared. Of the 94 minors whose deaths have been documented by Cuba Archive, 22 died by firing squad and 32 in extrajudicial assassinations.

Additionally, Castro led his nation into a decades-long economic quagmire. To visit the island nation is to step back to the 1950s. 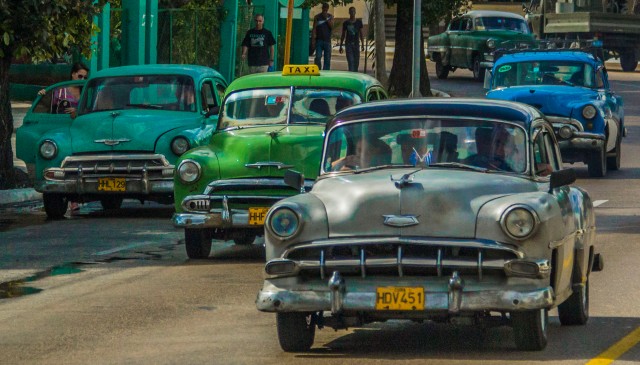 The socialist pleasantville Castro built in Cuba is so pleasant that roughly 1 out of 10 Cubans is now a refugee, most of them living in South Florida. Many have fled (or died trying to flee) the island on literal rafts of garbage, wading ninety miles through shark infested waters in hopes of making it to Florida. And to Castro the Magnanimous, those lucky enough to escape his pogroms were “worms” and “human waste.”

In this instance, I’m reminded of the reasons my family came to the United States. My father left the post-Trujillo Dominican Republic of the 1970s, during which human rights and civil liberties were repressed in the small Caribbean country, and nearly 11,000 people were killed. Does this track record sound familiar? While many Americans are “anxious” that the Trump administration will trample civil rights, let us remember the true dictatorships that plagued Latin America for a large part of the Twentieth Century. And let’s be evenhanded with our criticisms and characterizations.

Castro was no hero, and soft-peddling his legacy as being merely a “revolutionary” or “controversial figure” because some of his aims paralleled progressive goals and talking points casts an air of dignity on a man deserving of little more than our outrage and indignity. Analogously, Bashar Assad fights terrorists, but I do not see anyone calling him a “controversial figure” who “history will judge the enormous impact of” – and for good reason.The same should be true with Castro. Tin-pot dictators are not deserving of eulogies.

We do the Cuban people, as well as the true cause of liberty, an immense disservice by failing to look clear-eyed at the atrocities of Castro in the wake of his death. Let’s mourn Castro’s victims, not Castro, as we cheer alongside our Cuban friends: Viva Cuba Libre!

Postscript: To understand the absurdity of the outpouring of sympathy for Castro, do yourself a favor and just search for #trudeaueulogies on Twitter. You won’t be disappointed.