First Impressions: Standing on Solid Ground in Town of Chester

The Court just unanimously decided Town of Chester, NY v. Laroe Estates, Inc., holding that an intervenor as of right under Rule 24 of the Federal Rules of Civil Procedure must nevertheless establish Article III standing if that intervenor seeks relief distinct from the relief that the existing plaintiff is seeking. The Court did not waste any ink in this terse, nine-page opinion reversing the Second Circuit, which had allowed for intervention without deciding whether the relief sought by the intervenor was the same as or different from the existing plaintiff in this regulatory takings suit against the Town of Chester.

The first, of course, is Article III of the U.S. Constitution, which gives federal courts jurisdiction only over “cases” and “controversies.” The doctrine of standing has been refined by the Court over the years as a tool “to identify those disputes which are appropriately resolved through the judicial process” as a “case” or “controversy” under Article III. Whitmore v. Arkansas, 495 U.S. 149, 155 (1990). Any party seeking judicial redress in federal court must have standing in order for theirs to be a proper “case” or “controversy” under Article III. And “the irreducible constitutional minimum of standing” requires that 1) a party have a concrete and particularized “injury in fact” that is “actual or imminent,” 2) there be a “causal connection between the injury and the conduct complained of,” and 3) it must be “likely” that the injury can be redressed by the court. Lujan v. Defenders of Wildlife, 504 U.S. 555, 560-61 (1992). Absent a proper case or controversy, federal courts “have no business deciding” a dispute. DaimlerChrysler Corp. v. Cuno, 547 U.S. 332, 341 (2006).

The second, as mentioned, is Federal Rule of Civil Procedure 24, which requires federal courts to permit intervention into a lawsuit of any party who “claims an interest relating to the property or transaction that is the subject of the action, and is so situated that disposing of the action may as a practical matter impair or impede the movant’s ability to protect its interest, unless existing parties adequately represent that interest.”

The question before the Court was whether Article III’s aforementioned requirements had to be satisfied with respect to a party intervening as of right under Rule 24, or whether Article III was satisfied so long as there existed a valid case or controversy that the intervenor sought to join. The District Court held that a party seeking to intervene as of right under Rule 24 must still independently satisfy Article III’s standing requirements to be able to intervene. Sherman v. Town of Chester, No. 12 Civ. 647(ER), 2015 WL 1473430 (S.D.N.Y. Mar. 31, 2015) . The Second Circuit reversed, relying on dicta from McConnell v. FEC, 540 U.S. 93 (2003), overruled on other grounds by Citizens United v. FEC, 558 U.S. 310 (2010), to conclude that parties may “intervene in cases that satisfy the ‘case or controversy’ requirement without determining whether those parties independently have standing.” Laroe Estates, Inc. v. Town of Chester, 828 F.3d 60, 65 (2016). In doing so, the Second Circuit explicitly joined six other circuits, creating a 7-3 split among federal courts of appeals on this issue.

The Court in Town of Chester appeared unfazed in vacating/abrogating the decisions of the seven circuits that permitted intervention even if the intervenor did not independently have standing, aided by the fact that both sides in the case agreed that “[i]f different parties raising a single issue seek different relief, then standing must be shown for each one.”  Town of Chester, NY v. Laroe Estates, Inc., No. 16-605, 581 U.S. ___, slip op. at 6 n.3 (June 5, 2017). The Court reasoned that if “a plaintiff must demonstrate standing for each claim he seeks to press and for each form of relief that is sought,” Davis v. FEC, 554 U.S. 724, 734 (2008), so too must an intervenor if the intervenor seeks to pursue a different claim or different relief than the plaintiff already party to a proper case or controversy. Town of Chester, slip op. at 5-6. “This result,” the Court concluded, “follows ineluctably from our Article III case law, so it is not surprising that both parties accept it.” Id. at 6.

Though not exactly a revolution in the doctrine of standing, the decision does have important implications moving forward, most particularly in cases where “the plaintiff and the intervenor seek separate money judgments in their own names.” Id. at 6. Furthermore, Town of Chester narrows the scope of intervention rights in seven circuits that had held otherwise before this decision. And, at the very least, the clarification of Rule 24 should excite civil procedure nerds across the country. 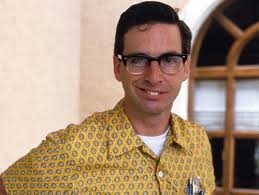 All of us, at heart